You have been successfully subscribed!
We will deliver an announcement of the CryptoPicture relaunch to your inbox when the time is right

CryptoPicture is getting ready to reborn in 2019!

Get timely notified of the upcoming token sale - subscribe to our newsletter,
join our Telegram channel, or follow us on Twitter to keep up with the news!

New start and new horizons for everyone

A fundamental reinvention of CryptoPicture is well underway.

A new version will be launched in the first half of 2019 featuring a revitalized business concept and an efficiently remastered smart contract.

Owing to the initially tested CryptoPicture's MVP model, we have uncovered a few conceptual mistakes yet it helped us to reveal a great potential for further change and growth! Just one number that speaks for itself - more than 2 million times the Photo Lab users applied the branded CryptoPicture's photo frame to their photos during a short test run this spring, which massively contributed into drawing attention to the project.

We have learned a lot, thanks to all of you, and are moving towards a brand new, deeply improved version of CryptoPicture, which is a new promising take on the whole idea of crypto assets. 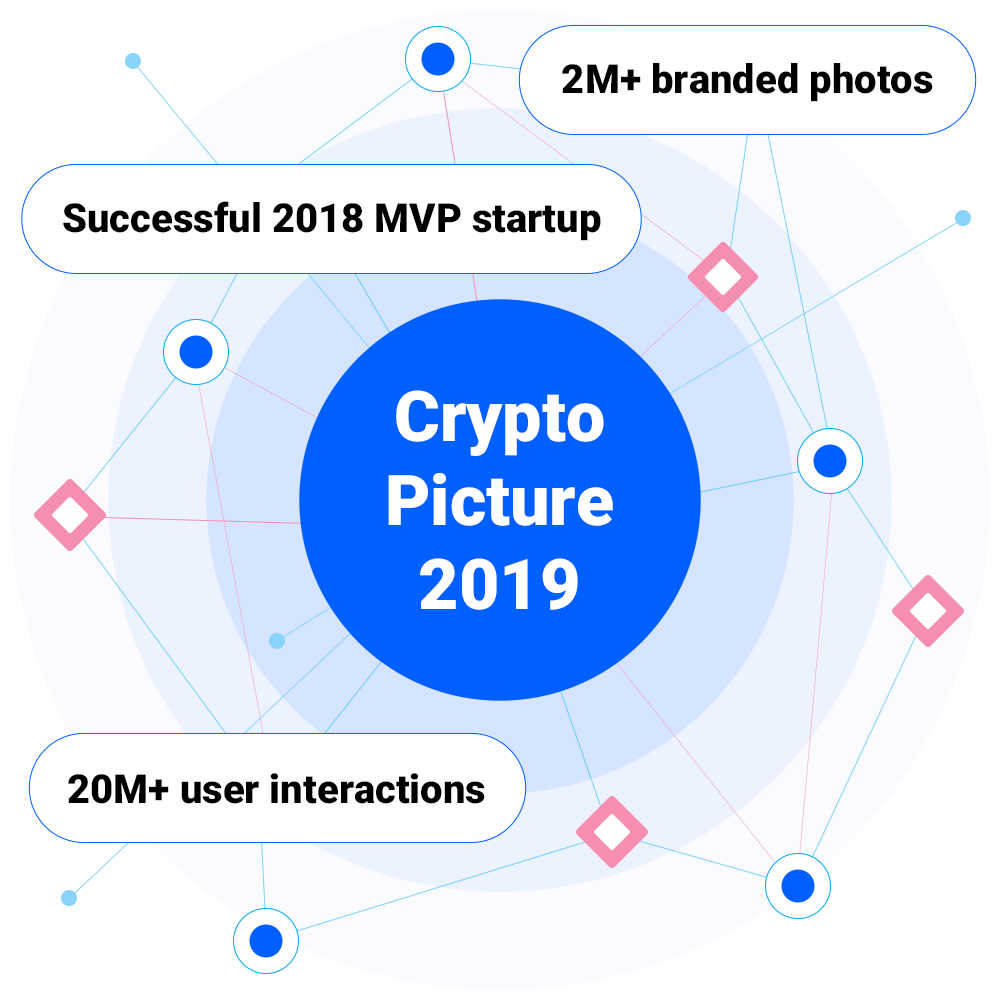